16 years old! In some states, this is the year they can get their drivers license. Many are working part-time. Most are still at school.

Suggestions: Puzzles and novelty gadgets are fairly safe, or check to see if they have any special interests, collections or musical interests. Buy books if you know their interests and are confident in your choice. If you know them well, you could try giving something usual to try to spark a new interest or expand their horizons. Or encourage them to get out and active.

Emergency Tech Kit from Gifts Australia
We all know how essential daily tech is, and now they can keep their tech must-haves running perfectly on the go even in case of emergency. Everything they need is included in this conveniently sized, reusable tin. Whether it’s their phone, iPad, Tablet or sticky fingers on their laptop screen, we’ve got them covered. Inside this travel-sized Tech Emergency Kit from Kikkerland is a microfiber cloth, a 2-in-1 charging cable, a red cable tie and a 5 ml spray bottle of tech cleaner to keep their items and screens spotless. A great gift idea for teens and adults alike, the Kikkerland Tech Emergency Kit makes a wonderful stocking stuffer or birthday gift. '…

DIYODE Magazine 12 Month Subscription from iSubscribe
DIYODE Magazine, inspiring electronics enthusiasts and makers across Australia, New Zealand and beyond. Each month, DIYODE provides its readers (young and old) with fun and engaging content, providing real-world outcomes, and solving problems (both pesky and mammoth). Hands-on projects are easy-to-build, using locally available components, and caters to all ages from kids to adults. Regular columns include ‘FUNdamentals' to teach the fundamentals of electronics, ‘Secret Code' to educate the reader on different aspects of programming, and ‘The Classroom' to explain various technologies and applications. Whether you are a student or seasoned Maker with an interest in electronics, coding, 3D printing, robotics or new technology you will love DIYODE. Strong STEM principals around electronics and engineering are also covered. Every print issue includes an unlock code to download a high resolution PDF version that you can read on your computer, phone or Tablet…. 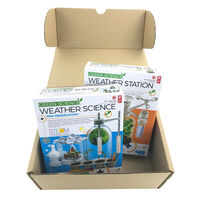 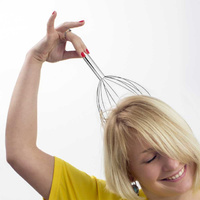 Vibrating Head Tickler
Vibrating Head Tickler. SimplyCool. This quirky battery operated Head Tickler will energise your body as you run it over your head to relieve some tension! The gentle vibrating nodules will give you a gentle massage as you relax your entire body and stimulate the pressure points across your head and neck. from Coolthings.com.au 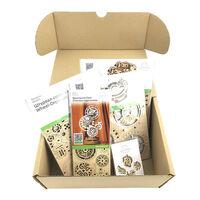 UGears Starter Pack
UGears Starter Pack. UGEARS. UGears model building kits are a tool-free and fun way to create gear-spinning models that move! New to wooden model building? This UGears Starter Pack makes building an engaging hands-on experience! Geared towards older children and adults, each of these models is pieced together from flat, laser-cut plywood parts. You won't need glue to assemble them, and the finished products have parts that move too, to set them all in motion! from Coolthings.com.au 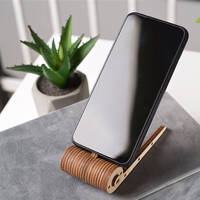 Robotime Steampunk DIY Music Box Orpheus
Robotime Steampunk DIY Music Box Orpheus. Robotime. If you love constructing wooden steampunk models, this hand-cranked, robot-shaped DIY Music Box is just the thing for you! Orpheus is an adorable functioning robot that plays a tune and lights up! Its up to you to assemble him using the step-by-step instructions. Punch out the pieces and line them up using the tiny part numbers. You will need a steady hand, good eye sight and lots of patience and care! from Coolthings.com.au DIY Robot Combo
DIY Robot Combo. SimplyCool. Make your very own easy-to-solder sound detecting robot that move forwards, backwards and changes direction! When you've assembled the circuit board, gearbox, wheels and battery box, your robot will drive on its own and react to claps and slaps. The detailed instruction booklet includes basic information on capacitors, resistor limits and transistors to help you along the way! from Coolthings.com.au