Most regular children's party games can be adapted to a Star Wars theme. For example, 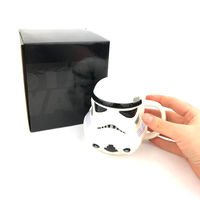